Quantum Mini LED technology includes very small LEDs that perform the lighting process intelligently by artificial intelligence; Such a process will effectively increase the darkness in the dark points and strengthen the light in the colored and bright points. As a result, images with very high color quality and resolution will be displayed.

In this technology, which was first added to Samsung TVs in 2021, 16 neural networks were responsible for image processing, but in 2022, Samsung was able to increase their performance by increasing the high dynamic range, upgrading the processor and quantum matrix technology. . 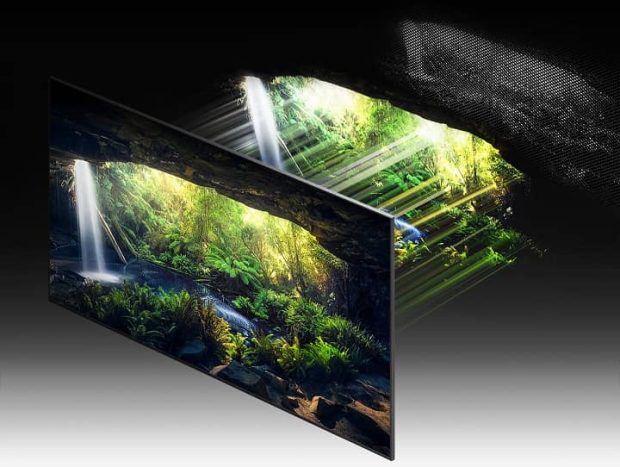 Mini LED technology is very different from normal LEDs; Due to the new technology, the size of the LEDs has been reduced to 0.2 mm and a very thin micro panel layer has been placed in front of them. . In this lighting technology, it has also been upgraded from 12 to 14 bits and has caused the brightness levels to reach from 4096 levels to 16384 levels. 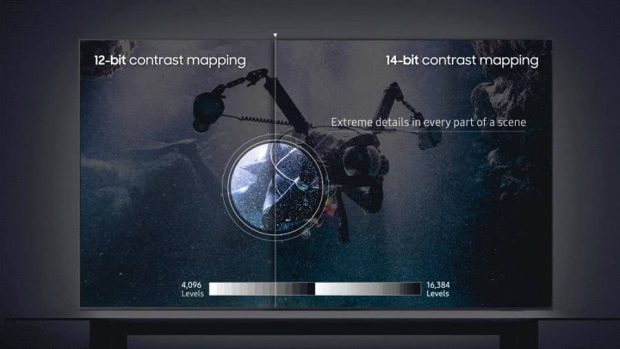 Samsung has used quantum matrix technology to drive all the tiny LEDs. This processor with very accurate exposure, advanced distribution of power in the form of a point and the feature of increasing the details of darkness or Black Detail Boost can use multi-bit data to display more details in dark and dark areas, which will result in creating deeper shadows.

Neo Quantum’s proprietary processor uses deep learning or multiple intelligences to better understand the image and situation. Therefore, images with a quality below 8K or 4K pass through 20 neural networks and enter the review process. In this section, after combining the results by the analyzer, the best image will be displayed.

The actual depth of the image

Samsung Neo QLED 8K TVs in 2022 models use the Neural Quantum 8K processor, which is equipped with a new feature called Real Depth Enhancer; This functionality will bring the same functionality as human eyes when looking at an object.

The Real Depth Enhancer feature is actually a multi-intelligence image quality algorithm that will increase image contrast in several steps. This feature creates more depth in the image by analyzing the subjects so that the images are displayed with a natural shape. In this technology, the user’s eye will be directed in a direction to focus more on the main subject of the image. In fact, this technology can distinguish the subject from its background by creating more depth.

It should be noted that these small LEDs, while having a great impact on the image quality, also had an impact on the design of the TV and caused the Samsung TVs equipped with this technology to have a very narrow and elongated design.