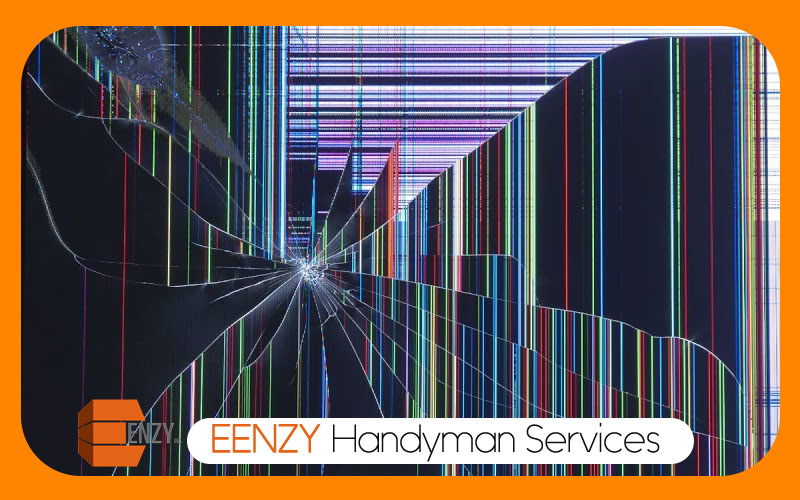 1- Disconnecting and connecting the TV screen image in one moment

Momentary disconnection and connection of the TV screen occurs more often when you have used an HDMI cable, and of course, the occurrence of this problem is highly related to the quality of the HDMI cable you have used. It is better to use high-quality and shielded cables as much as possible, because these shielded cables have the ability to make noise.

Noise caused by magnetic fluctuations resulting from the use of high-powered electric appliances such as washing machines, dishwashers, juicers, etc. It can be one of the main reasons for the momentary disconnection and connection of the TV screen image.

Another factor that creates noise in the image broadcast from the screen is the passing of the power cord from the side of the telephone cord or the cord of the video iPhones, in which case we will witness the creation of noise and momentary disconnection and connection of the TV panel during the conversation. In addition to the quality of the cable used, the length of these cables is also important, and it is better to use shorter cables as much as possible.

2- The TV screen does not have an image, but it has sound

Often in these cases, if you look closely at the TV screen, you will notice a very dark image. This problem occurs when the backlight of the TV, which is a part behind the TV panel and emits light to illuminate the image from the back of the device panel, has a problem.

One of the most common and important reasons for TV panel failure is hitting it. The darkening of the image projected from the screen or the creation of lines on the image are among the problems caused by impact and sharp objects hitting the TV screen. In most of these cases, you will have to replace the TV panel.

If you see vertical lines on your TV screen, there is a high possibility that the TV panel is damaged. Pay attention that if these vertical lines start from the highest point of the screen and end at the lowest point of the screen, there is a possibility that your TV panel is not damaged and the problem is related to the communication flats or the board. Repairing these parts is much cheaper than replacing or repairing the TV panel.

But if these vertical lines created on the TV screen are not from top to bottom and only cover a part of the image, it is due to the failure of the TV panel, which may have been caused by hitting the panel or other reasons. In this case, the TV panel must be completely replaced.

If your TV panel is broken due to hitting it or for any other reason, there is no way to repair it and it must be replaced. The cost of replacing the TV panel is very high and sometimes even reaches 90% of the total price of the TV set.

If this darkening of the image was created after hitting the TV panel, it is very likely that the problem is with the panel and you will have to replace the TV panel. But if there is no impact, there is a possibility that a part of the LED BAR will turn off due to the backlight damage, which is not a complicated problem and can be repaired at a low cost.

If the images displayed on the screen are confused or are displayed in pairs, there is a possibility of a problem in the TCON board, and the TV panel may also be damaged.

8- Infiltration of water and other liquids into the TV screen

Problems such as doubling of images broadcast from the TV screen, darkening of parts of the broadcast image, creation of lines on the image, etc. may be due to the penetration of water and other liquids such as glass, salts and other cleaners in the TV panel. In these cases, connections are made in the communication flats or the TCON board. 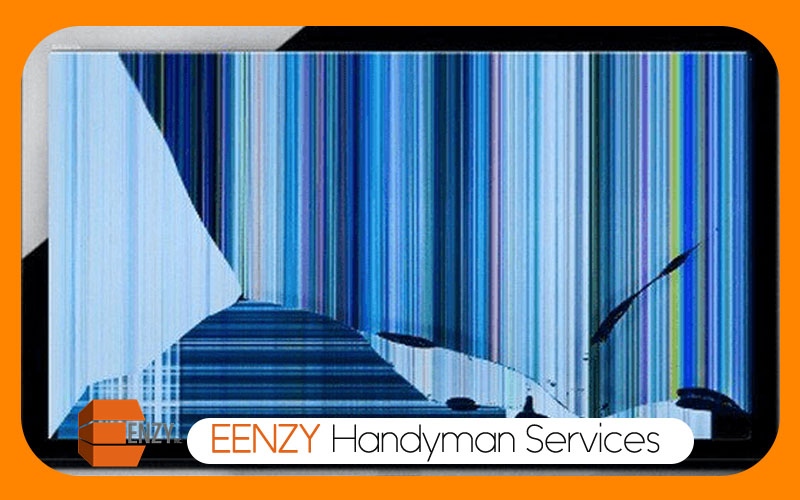 If you see a bright white spot (one spot or several spots) in the middle of your TV screen, the problem with your TV is a burnt pixel. In this case, you will have to replace the TV panel because this problem cannot be repaired.

The cause of burning pixels is the failure of the components that convert pixels into colored dots. As a result of this problem, the pixel remains bright and appears as a white and luminous dot in the middle of the image.

One of the main parts of the Liquid TV panel is the panel. If this part of the panel has a problem, we see an unusual color added to the entire image broadcast from the TV screen. To fix this problem, you will most likely have to replace the TV panel, which is very expensive.